Konark Sun Temple is most heritage and One of the oldest temples in India, This Sun Temple is located just 70 km from Bhubaneswar, the capital of Odisha and only 36 km from Puri, one of the most visited places in Odisha, Millions of visitors who visit Puri and Bhubaneswar every year must visit here. 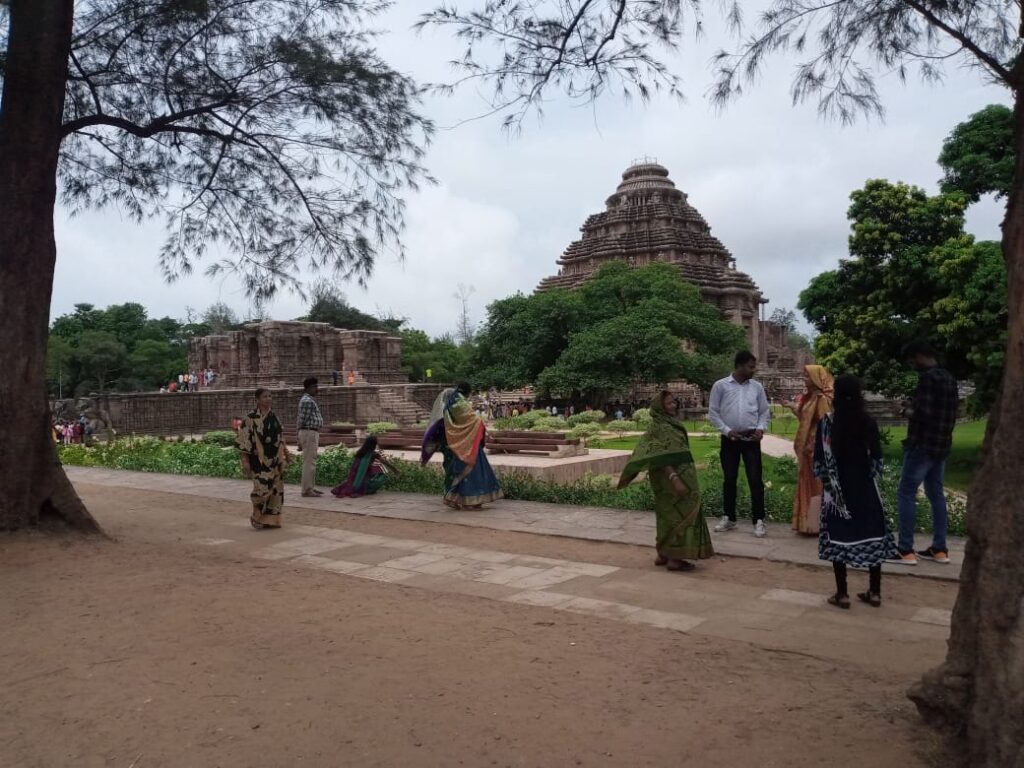 One of the Sun Temples in India is the Konarak Sun Temple in Orissa, Another surprising thing is that there is no puja in this temple. You can enter here with shoes on. When you enter inside the temple you will be mesmerized by the ancient historical craftsmanship carved on the walls of the temple.

How to reach Konark Sun Temple: 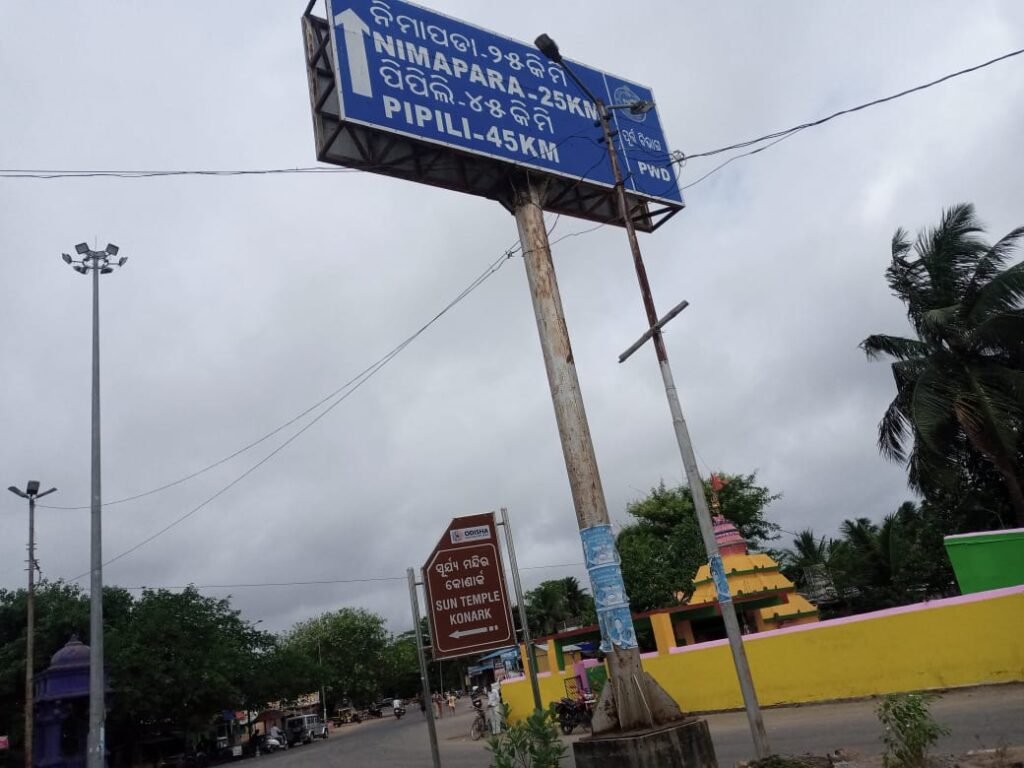 You can visit Konark Sun Temple from either Puri or Bhubaneswar, Located very close to puri is this incredible Sun Temple of konark, I went to travel to Odisha completely alone, And I go to this temple from Puri, I went by a travel agency but if you want you can come here by yourself. also many people come here from puri by hiring different buses and cars. 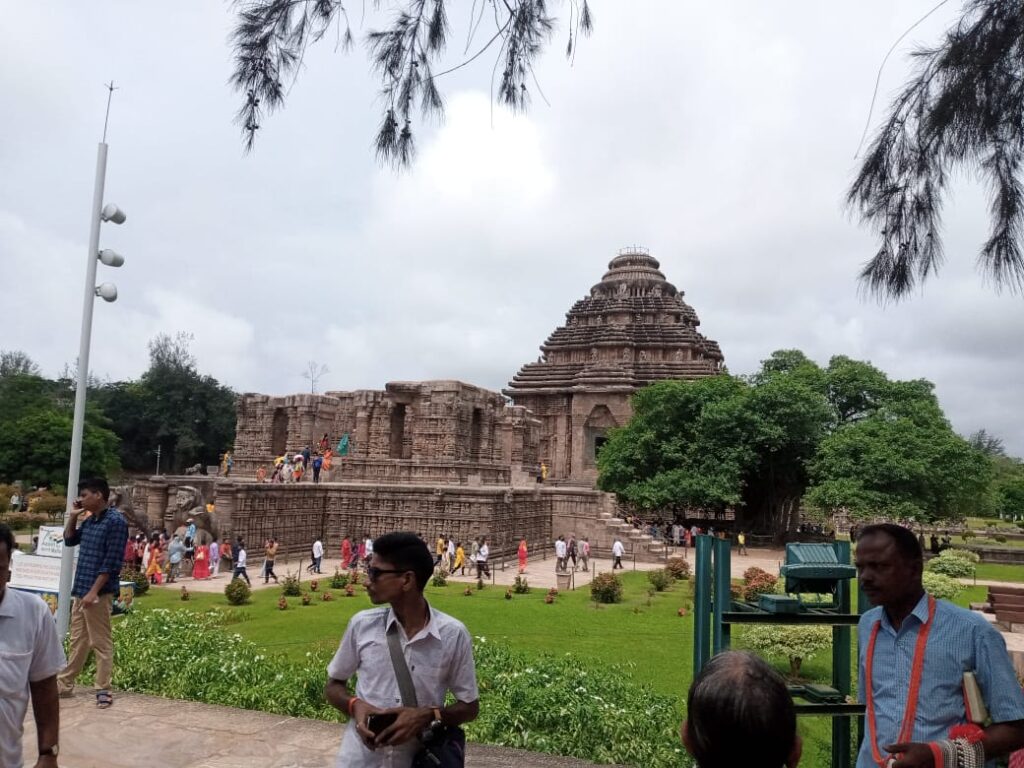 There are buses from Puri every half an hour, The fare is only 40 rupees, If there are two of you or you are traveling alone then it is better for you to rent a bike and travel to Puri, Because if you have a bike you can go to Konark Sun Temple Bhubaneswar and also Chilika Lake by bike. 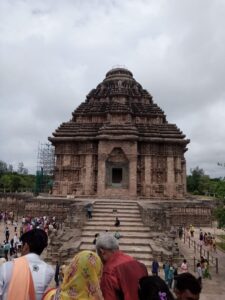 This temple is open from 6 am to 6 pm, The temple is closed after 6 pm, Another easy way to get to Konark from Puri is that there are many small cars available on hire that you can easily reach Konark Surya Mandir. There is a bus stand right in front of Puri beach from which bus stand you can get bus to konark, and this shared car also. 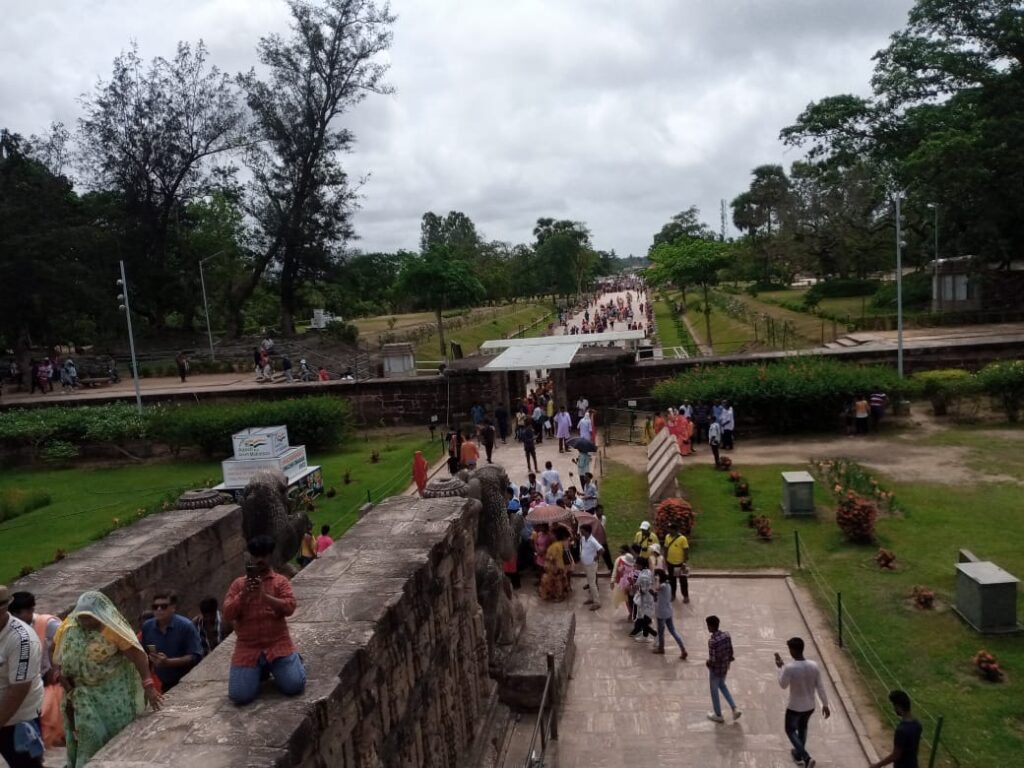 The distance from Bhubaneswar to Konark Sun Temple is about 67 km from here many cars or buses leave for Konark. The bus fare from here is a bit higher than Puri, from here you have to pay around 70 rupees to go to Konark, Or from here many share cars go to Konark you can go through that sharing, fare is almost same as bus fare, May be slightly more than bus fare. 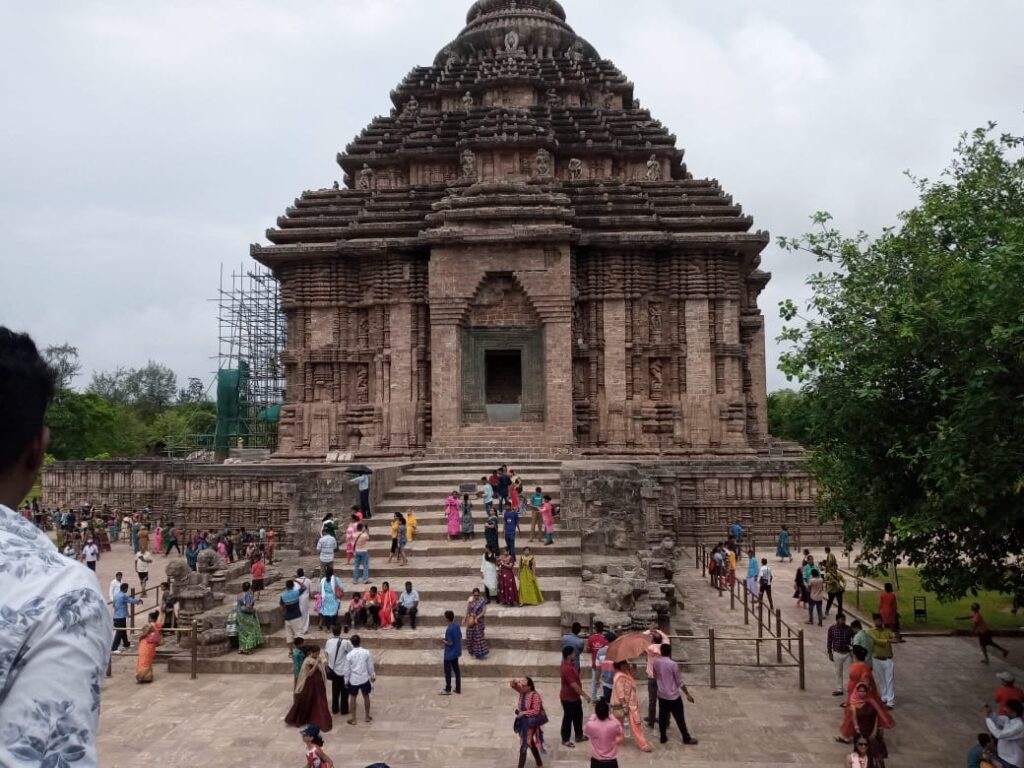 If you want you can rent a bike here, there are many bike agencies in Bhubaneswar who offer bike rental, When I first came to Bhubaneswar I hired a bike and with that bike I traveled all over Bhubaneswar including Puri Orissa, Bike rental was only 500 rupees per day.

you may also like: best places to visit in Bhubaneswar and puri.

About 800 years ago this Konark Sun Temple was built by King Sri Narasimhadeva 1 , of the eastern Ganga Dynasty about 1250 CE, This temple is one of the UNESCO World Heritage Sites, and a pride of India.

Dedicated to the Hindu sun god Surya, the remains of the temple complex feature a 100-foot (30 m) high chariot with giant wheels and horses, all carved into the rock. Once 200 feet (61 m) high, much of the temple is now in ruins, especially the large Shikara tower over the sanctum, once the mandapa has grown much taller than the one that remains. 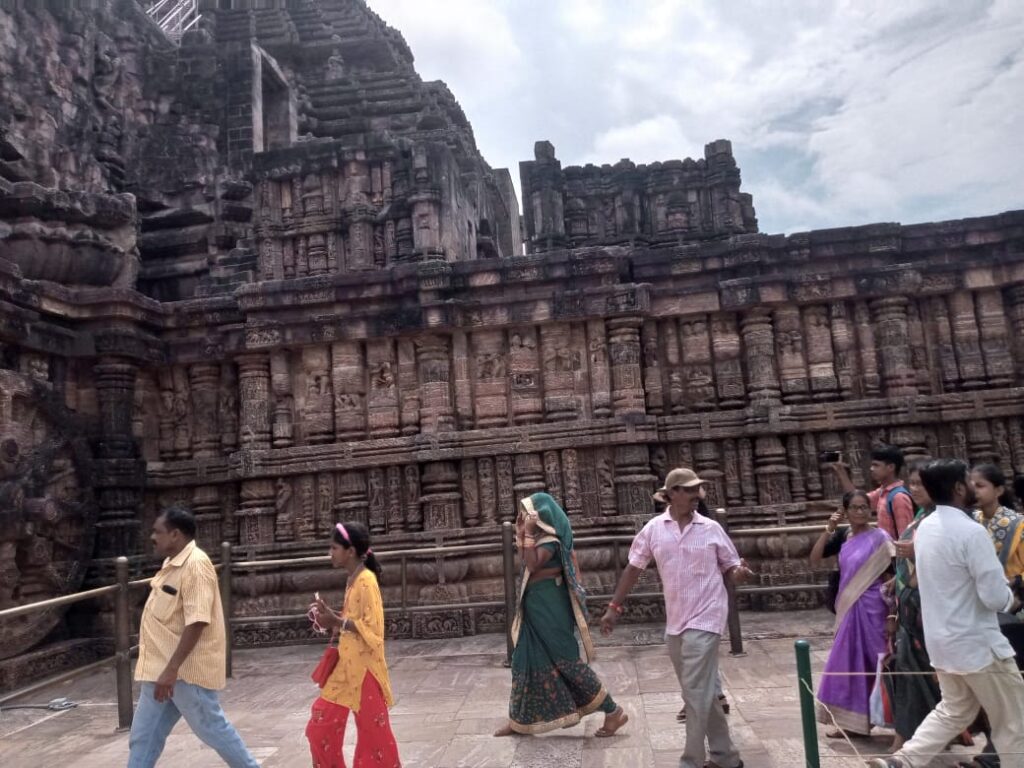 you may also like:  from Kolkata to Puri travel blog

Let me tell you the story that was told to me by a Temple guide, he explained a lot about the whole temple in detail, so let’s begin

An important state in India is Odisha, which was called Kalinga state in ancient times. The king of Kalinga state was Nursingha Dev I. At the age of 18, he went to fight with Gajapati, the king of Karkatiya country, and returned to Kalinga after winning the war. Rajmata Kasturi Devi was very excited about her son’s victory and she told him your father built a temple of Jagannath in Puri and you build a huge sun temple in this konark. 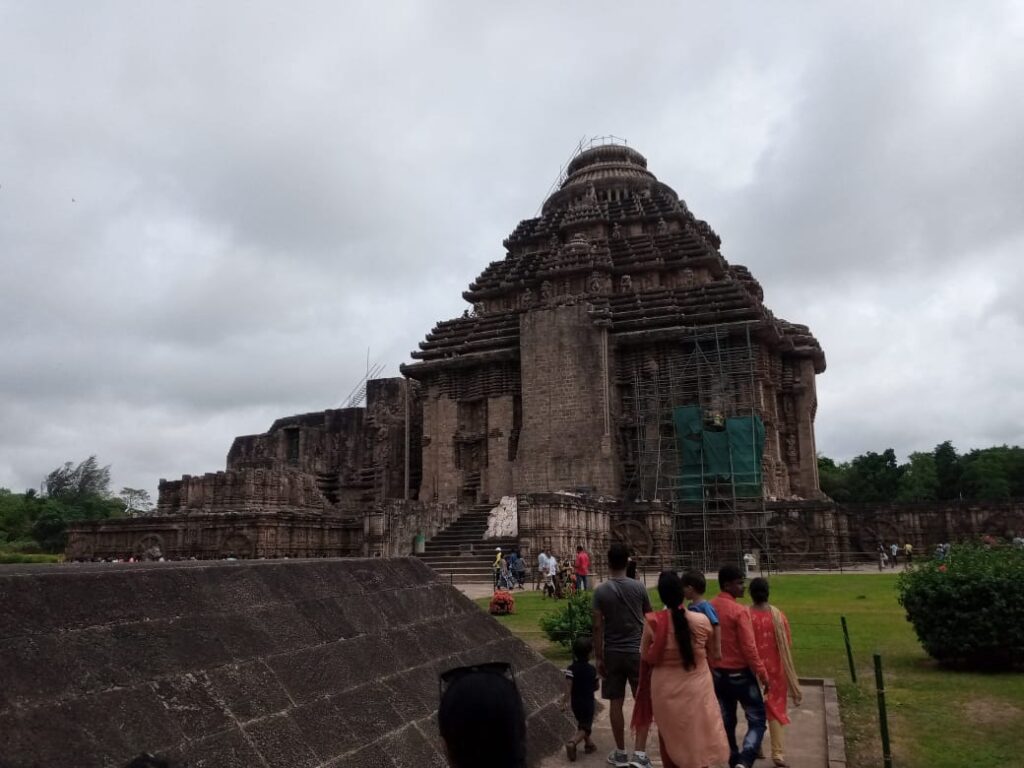 Narasimha Dev first asked his mother why Sun Temple and why Konarak? His mother then says that when Samba, the son of Lord Krishna misbehaved with the gopis, Lord Krishna cursed him, and he developed leprosy all over his body. Later, when Samba apologized, He said you go to Konark and worship the sun god there, then Samba came to Konark and worshiped the sun for 12 years. Then he got rid of leprosy. 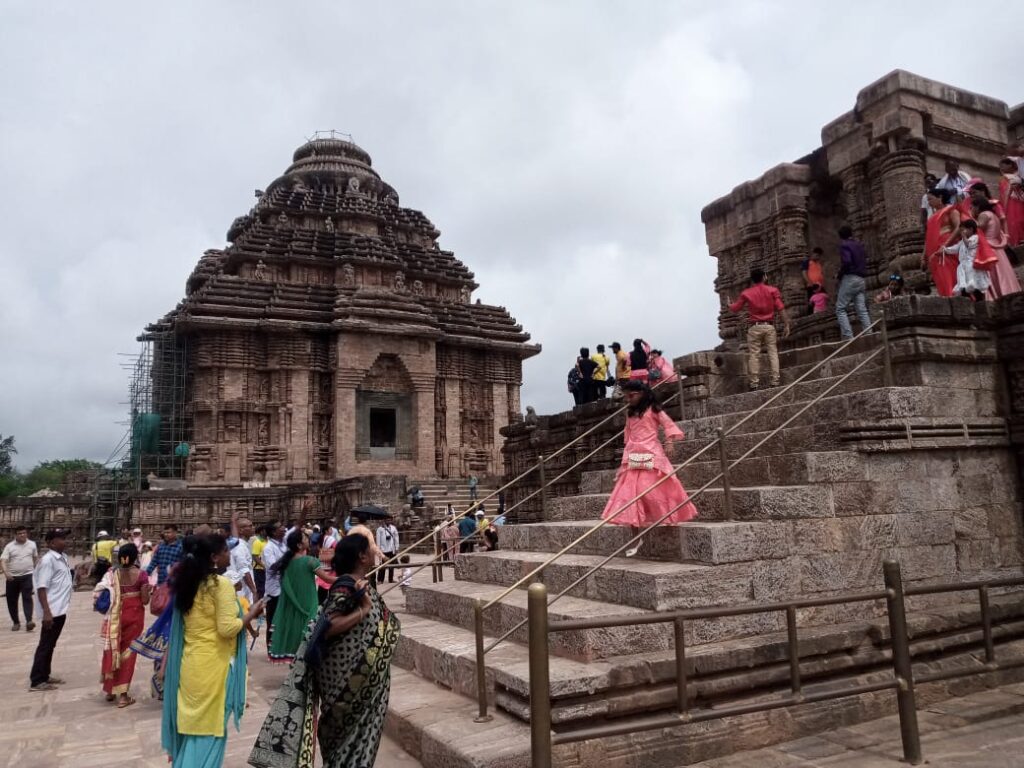 And when Rajmata Kasturi Devi worshiped Suryadev in that temple, she got Narasimha Dev I as her son. Then the king promised his mother that the largest and most beautiful sun temple in the world would be built here. A famous architect named Siva Santraye made a replica of this temple and took it to the king and the king was very pleased to see the replica and ordered to start the construction work on the temple.

you may also like: delhi to agra complete trip plan in 2022

Why is it forbidden to worship Sun Temple in Konark? 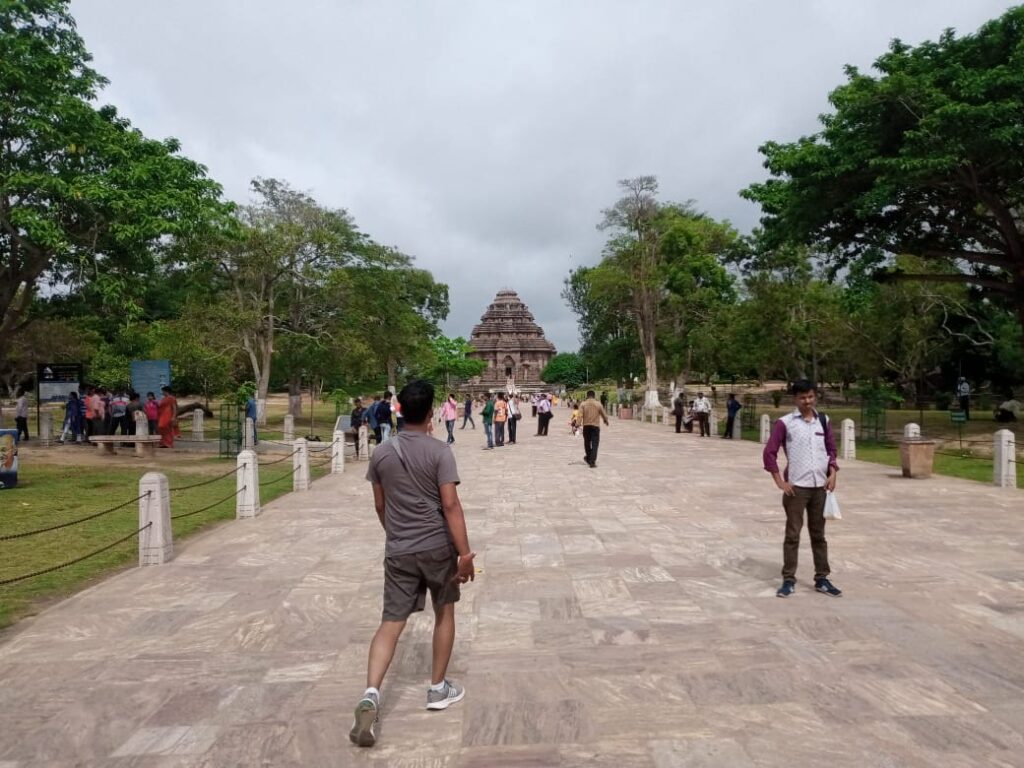 Huge stones were brought from far away and the construction of the temple started very soon, The king assigned 12 artisans to build the temple and said that the temple would be completed within 12 years. And as the 12-year temple construction was almost finished, there was supposed to be an urn on top of the temple that no craftsman could, the urn was made of a magnetic material. 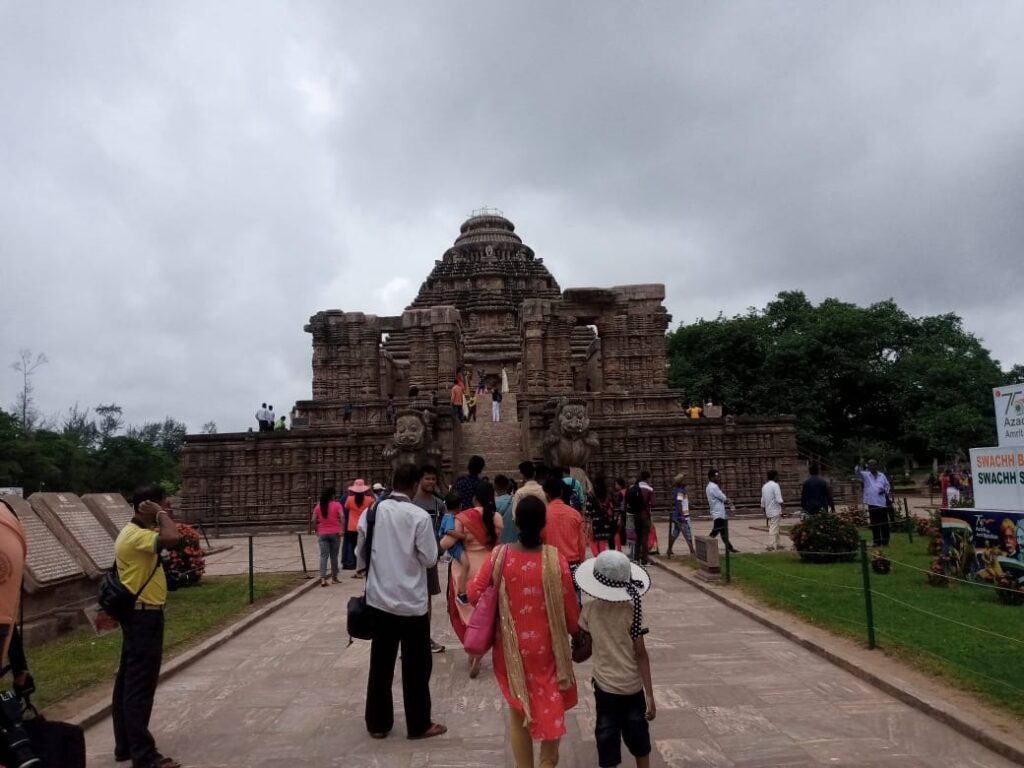 But despite trying thousands of times, no craftsman could keep it on the temple, And then King Narasimhadeva I, ordered that if the urns were not on top of the temple, then tomorrow all the artisans would be put to death. The master artist Kar Bishu Maharana, when he left for Kanarak, had a son, the 12-year-old boy dharmapada came to Konarak in search of his father and he heard that, and say I can place the urn on the temple. And at the father’s command the boy placed it on top of the temple. 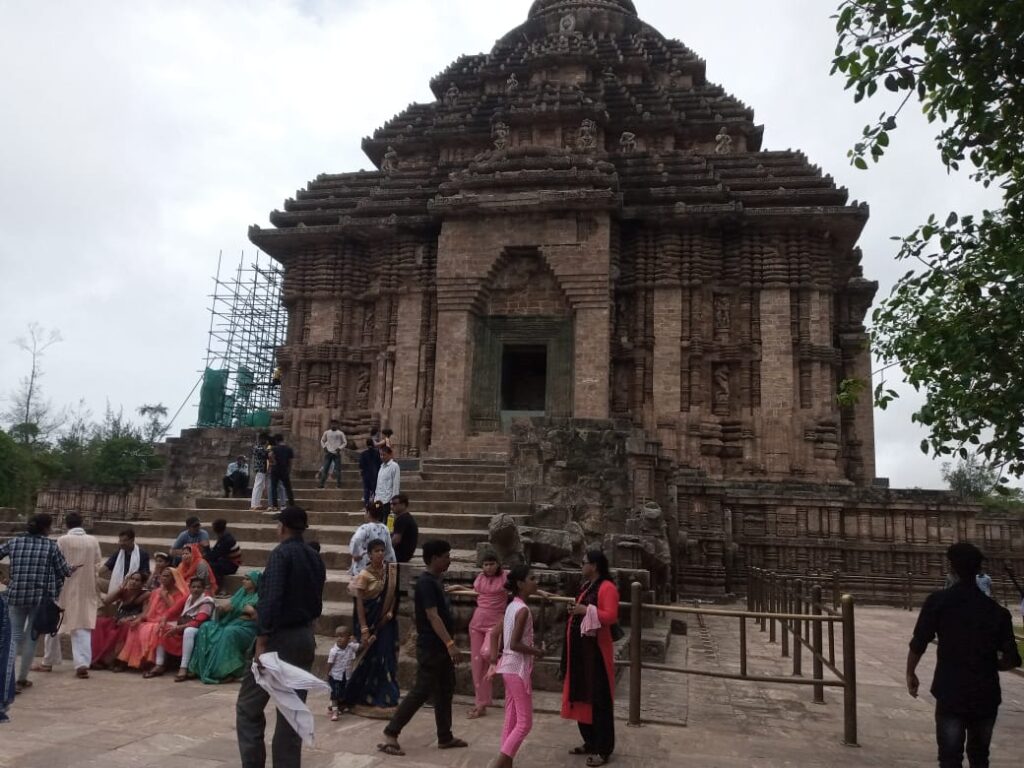 And the boy left it on top of the temple and all the artists said that what we couldn’t do was done by a 12 year old boy. If the king comes to know about this then he will execute us all, then the boy thought that so many artisans will die for me, then he committed suicide by jumping from the top of that temple. Since a boy died there on the first day of the temple’s opening, So warships was not performed in that temple till today.

you may also like: history and places to visit in dwarka 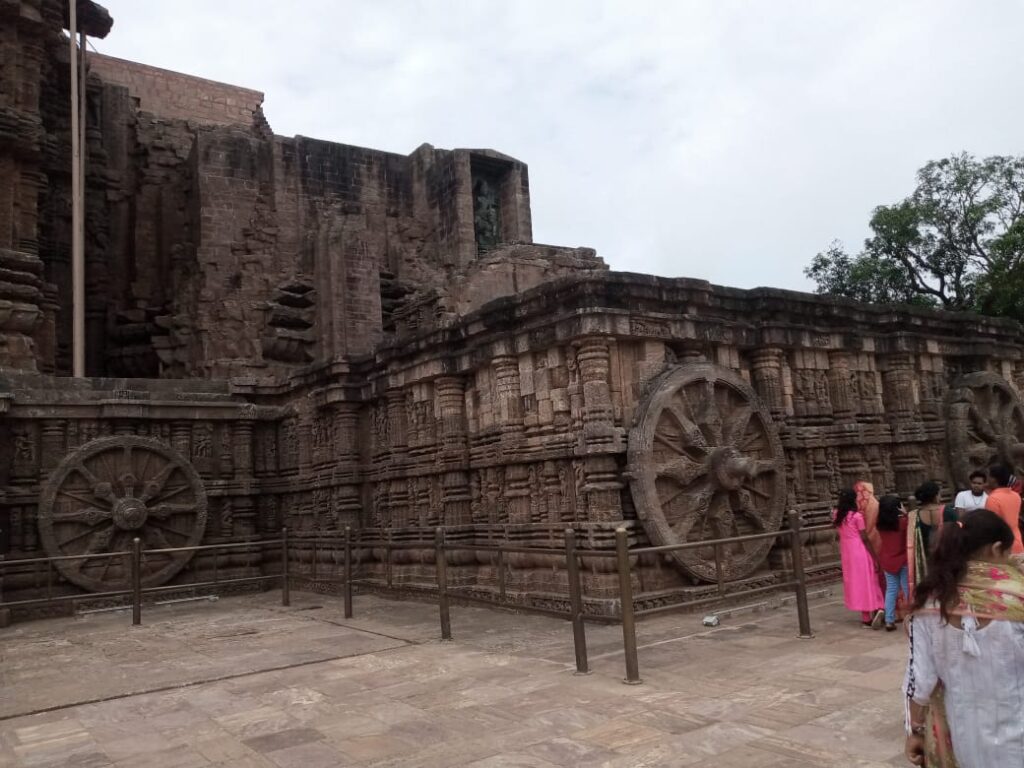 Konark is formed from the combination of 2 words kon and ark , ark means sun This temple is dedicated to the Sun, In this temple the sun is riding on a huge chariot. This grand temple of Orissa has been constructed in such a way that the first ray of the sun falls on the main gate of this temple. The structure of the grand temple is like that of a chariot. The whole chariot has 12 wheels and seven horses. 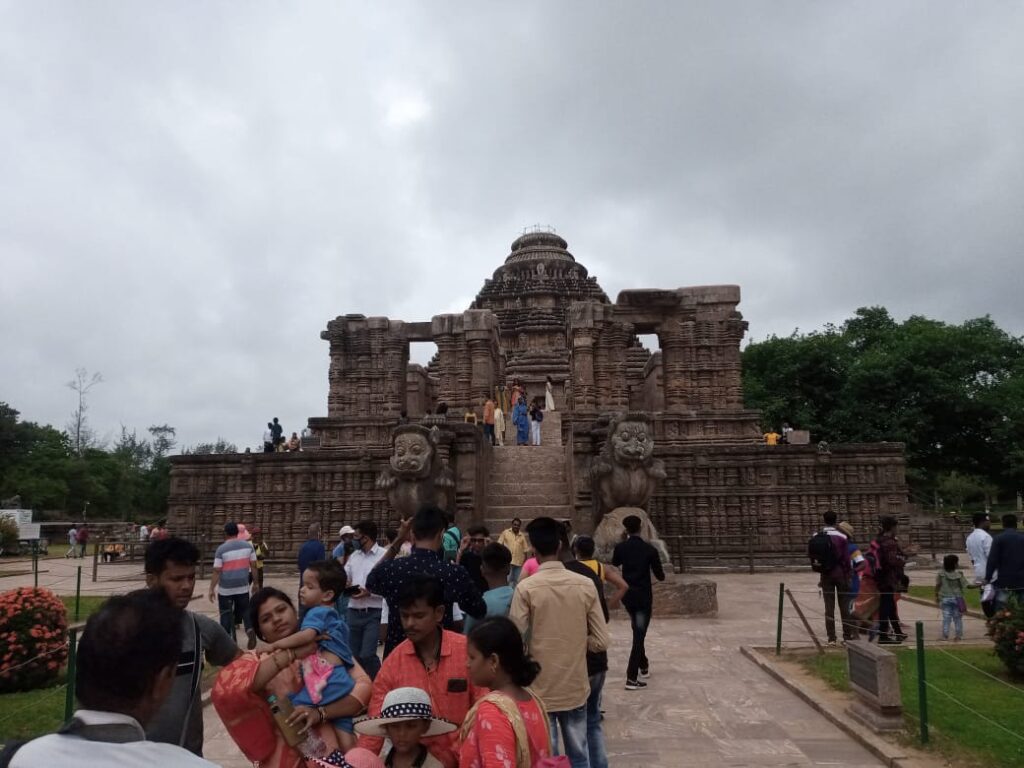 These wheels are also called sun clock because they also work to tell the time. When I went to Konark temple, the guide told me the exact time with the help of this wheel and I was very surprised to see it. And the horses with this chariot are considered to be the symbol of 7 days of the week. 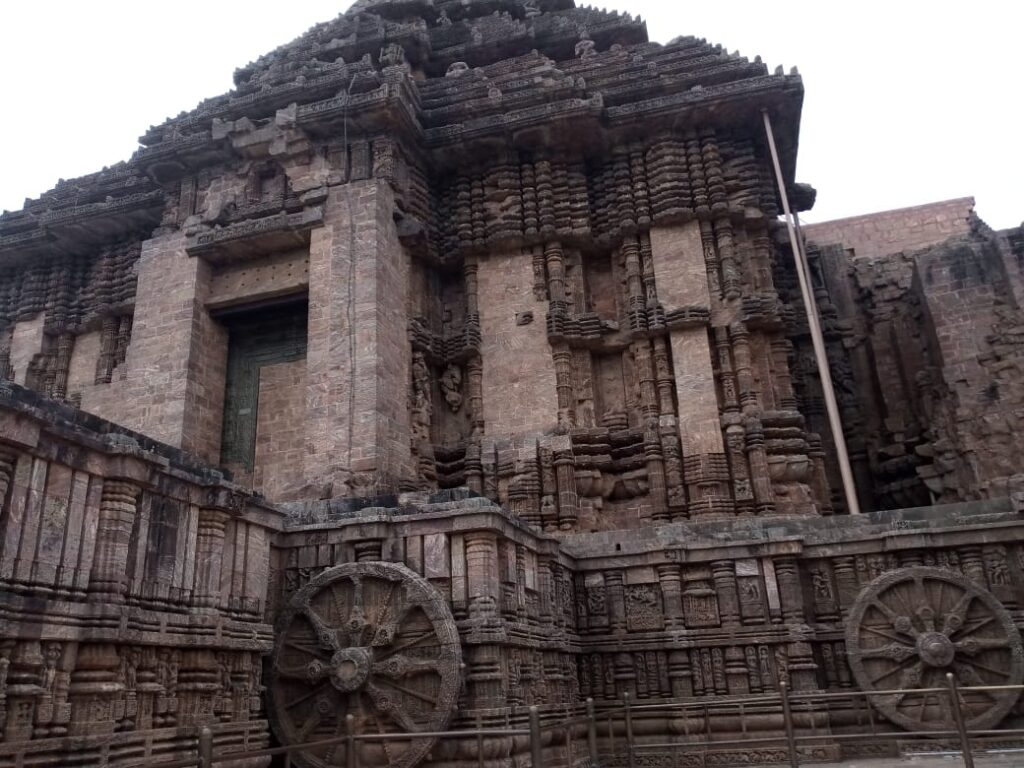 Although you can come here at any season of the year, but it is a costel area, so it would be better if you come here during winter, Summers are a bit hotter here. I came here in April and I found it very hot, the main time to visit is konark is September to March, if you can come this month you can travel in a great environment.

Yes you can go inside the temple with mobile wallet and shoes as well, because this temple does not perform warships, there is also photo taking area inside the temple but you have to pay some money here for the camera. But if you can take mobile pictures then you don’t have to pay any money.

Is Konark close on Sunday?

No, The temple is not closed on any day of the week, you can visit here anytime between 8 am to 5 pm, Sundays are a bit more crowded.

How many days is enough for Konark?

One day is enough to visit Konark, but if you go, you will definitely visit Puri and Bhubaneswar, so always, take at least four days so you can do the whole trip in four days.

Surya Temple in Konark is very beautiful and you will be mesmerized by the inscriptions here, almost all of which are carved by the masters of the ancient times, this temple is one of the Seven Wonders of India.