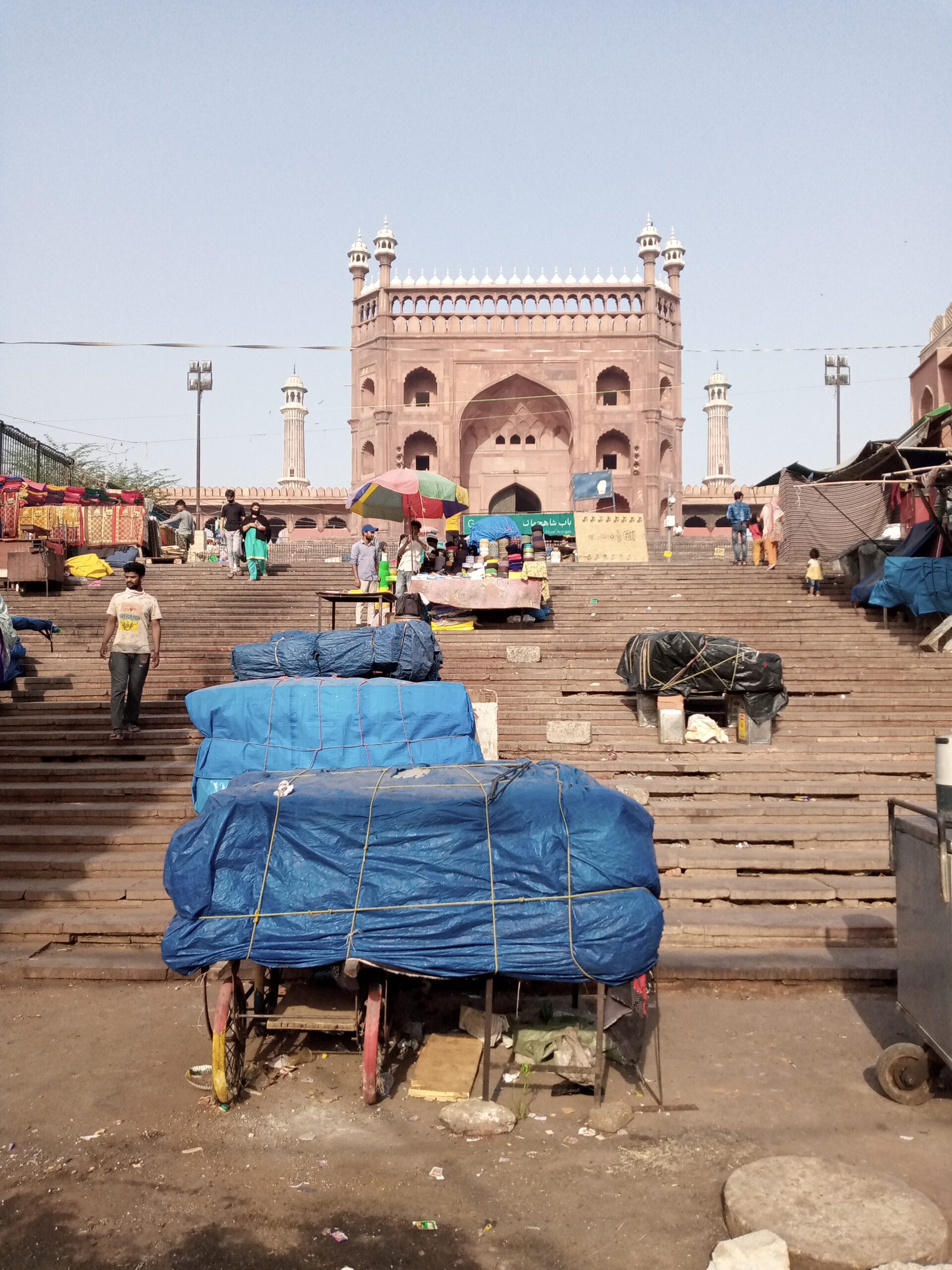 * SOME QUESTION AND ANSWERS ABOUT DELHI :

1) SAFE PLACES TO VISIT IN DELHI DURING COVID?

ANS: Now almost all the tourist centers in Delhi are closed.Unnecessary travel and movement of vehicles has been banned in the national capital DELHI.

2) Can we visit Delhi tourist places during COVID 19?

ANS: Sorry but you can’t visit Delhi at this COVID time.Unnecessary travel and movement of vehicles has been banned.

3) Places to visit near Delhi during Corona?

4) Connaught Place or Green Park Delhi which one is best to staying for a tourist?

ANS: connaught place is the best place to staying for a tourist,Because there are so many tourist spots nearby,including GURUDWRA BANGLA SAHIB.

ANS: Shankara’s International doll museum is one of the most popular tourist attractions in delhi city, here more than 6000 dolls collected from around 85 countries.

6) Which tourist place shut down in Delhi due to coronavirus?

ANS: Now almost all the tourist centers in Delhi are closed due to covid-19.

7) Places to visit in Delhi for couples during lockdown?

ANS: Lodhi garden,Deer park,Buddha garden,connaught place,Japanese park, this is some couple friendly spots in delhi. during lockdown You have to be very careful.

ANS: A historical city of Delhi, the sights of this city give its identity.some historical places in delhi like,THE RED FORT,QUTUB MINAR,JAMA MASJIT,HUMAYUN’S TOMB,These are discussed in detail below,

Built in 1638, the fort is a magnificent monument that catches your eye and adorns the architectural style of the Mughals.

TICKET:Entrance fee is 35 INR for Indians and 500 INR for foreigners. Light and sound will take about 80 INR for adults and 30 INR for children.

TICKET: Entrance fee is 30 INR for Indians and 500 INR for foreigners.

The India Gate was built in 1931 to commemorate the 70,000 soldiers killed in”World War I” and the”Afghan War“. The names of the soldiers are engraved on the walls of India Gate. It was formerly known as the “All India War Memorial”.

The place is clean and people of any religion are open for prayer and meditation. Nine pool water around the petals is a sight to behold in the evening.built in 1986 the temple has attract 70 million people every year.

Built by saha jahan in 1658,The Jame Mosque is another excellent example of the golden age of Mughal architecture under Shah Jahan. It is the largest mosque in India and its courtyard can carry more than 25,000 devotees at a time.

Built in 18th century,one famous holy place for sikhs,it is located in near cannot-place delhi,The ‘sarovar’ or ‘lake’ located inside the Gurudwara is spectacular for its purity and importance. Gurudwara Bangla Saheb was ranked as the best pilgrimage site in Delhi.

It is delhi’s one of the oldest fort,build by emperor Humayun in 1538,Puran Qila or Old Fort is one of the most beautiful tourist destinations described in the history of Delhi.

TICKET: Entrance fee is 30 INR for Indians and 500 INR for foreigners.

You can follow that belief, you can take the time to visit the Swaminarayan Akshardham temple, the largest Hindu temple in the world. In addition to using concrete for the foundation, the entire construction was made using granite and marble from different parts of the world. The structure stands as proof of the excellence of architecture.

Built in the mid-16th century by haji begum,as a memorial to her husband emperor Humayun. This tomb was built in 1565, 9 years after Humayun’s death.The Taj Mahal of Agra has also been built on the lines of this. This place is also included in the UNESCO World Heritage Site.This place is surrounded by beautiful gardens from all sides which attracts many travellers.it also includes the tomb of Nai, which makes it more beautiful.

The Presidential Palace of the President of India,was completed in 1929. The famous British architect Edwin Lutyens designed it to be the official residence of the then Viceroy of India.

TICKET: 50 INR for adults and free for children below 8yrs.(entry with only permission)

Reached Delhi station at around 7:00 am.
And after that I walked towards platform no 1 to deposit my backpack in the cloak room.If you go somewhere for a short time, then every big station has a cloak room, please use it.

I kept a small bag in it with sanitizer water bottle disinfected.If you also go to roam somewhere, then you will keep a small bag with you so that you can carry all these things.

And after that I was get out from the platfrom number 15 to roam Delhi,and then walk to the Jama Masjid.
And then after saw Jama Masjid, I went to the Red Fort and I was there around for 15 minutes.and then looking around for food.

Welcome to Manohar Dhaba Japani Samosa wala.Now let me tell you something, it is about”japani samosha” not Japanese Samosa, that they themselves do not know how the name came to be.

This shop was started in Lahore(pakistan) in 1926.They have 60 layers in Samosa and it is a fried not baked.
and you have some crunchy feeling in your mouth.

And I was very hungry, so I ate the(chickpeas)chole bhature which cost me 1$(60INR) here and got two samosas packed which cost me 0.8$(50INR)

And then I went to Chandni Chowk metro station and then departed towards”Gurugram”is located near Delhi and it was earlier called Gurgaon.

The Delhi Metro started in 2002 with the Red Line,It is the second metro in the country to run after Kolkata,Apart from Delhi, this metro also runs in Delhi NCR area such as Faridabad,Gurugram, Noida, Ghaziabad.The length of Delhi Metro is 231 km with 173 stations, Which from Underground,Elevated, At-grade Stations Around 3 million people travel daily in the Delhi Metro.There is total 7 line in Delhi Metro which is color base.

The first line of Delhi Metro is Red Line which connects Rithala and Dilshad garden.Its length is about 26 kilometers.

The Yellow Line is the second line of the Delhi Metro that connects Samaypur badli to HUDA City centre,Its length is 49 kilometers.

The Blue Line is the third line of the Delhi Metro that connects Dwarka sector 21 to Noida City centre.Its length is 47.5 kilometers

The fourth line of the Delhi Metro is the Green Line, which connects Inderlok to Mundka.The length of this line is 18.47 km.

The fifth line of Delhi Metro is Violet Line This line connects Escorts Mujesar to Kashmere gate.Its length is 22.8 kilometers.

Orange Line is the sixth line of Delhi Metro, it is also called AirPort express line.This line will connect Dwarka Sector 21 to New Delhi,The length of this line is 22.7 kms.

Magenta Line is the seventh and last line of Delhi Metro.It was started on 25th December 2017 by our honorable Prime Minister Sri Narendra Modi, This metro connects Kalkaji to Botanical Garden,This is the country’s first driverless metro.

7)MEET WITH A FRIEND IN GURUGRAM:

I have a friend sakshi who came to meet me for a while in Gurugram and after that we went together to explore the city.

And and then we both started roaming around the city, I had called her because she is a local, so by staying with the local one gets a different experience to roam. And we went to different places in Gurgaon and see different housing societies,parks, & street and after that I left by saying goodbye to sakshi I came back to Delhi station by bus within 5pm IST.

And then I started walking around Delhi station and did some local marketing. after traveling so much, I was very tired and hungry too much, then I went to eat something.l ate some dalvara,and mixed fruits.

I had to remove face mask to drink water after eating food.And a policeman was watching me and he saw that my mask were in my hand.And the rogue policeman caught me and took me to the police station and cut off the challan of 28$(2000INR)And finally I had to get out of it by giving 28$(2000INR).
I was anywhere in Delhi, I did it all the time ware a musk,but I do not know why they fine 2000 for removing mask for few seconds.

And after finishing the Delhi tour, I got Veg Biriyani packed outside Delhi station for dinner.
At 7:30 I had reached Delhi station and pick my bag from cloak room, and then I went no 15, I started waiting for my train,Which was at 10:00 pm and would bring me to Jammu by 6:30 in the morning.VAISHNO DEVI YATRA JAMMU TOUR. 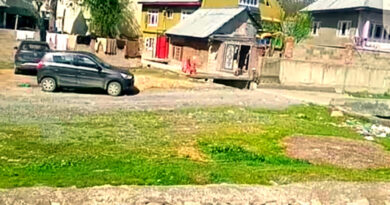 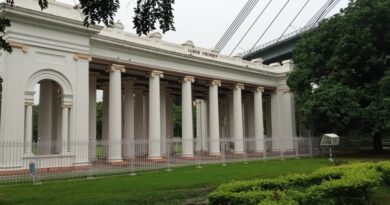 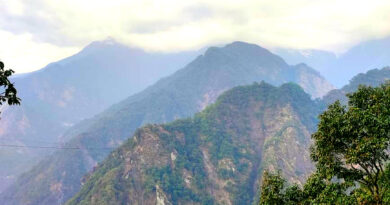 From Jammu to Srinagar distance – How to reach srinagar from Jammu